You are here: Home / ABOUT JAM

JAM [Jazz Artist Management] has been in the making for the last 20 years.

Over this period, Real Wired Music has been approached by many great artists to help with management and exclusive booking.

2019 is the year that we decided to offer a few artists management and in some cases, exclusive booking contracts.

We aim to help shape careers, mutually make the right decisions and join the journey with a few great artists.

Born and raised in Port Elizabeth, Mandisi began playing the trumpet at the age of 8. He Studied Classical music throughout his schooling career (Pearson High School) and emerged from the University of Cape Town with a BMus Honors Degree in Jazz Studies in 2005 where he played in the UCT Big Band for most of his studies. He is a versatile musician who is also a composer, arranger and producer not only in Jazz but Western Classical and African Indigenous Music as well. He has played with some of the country’s top musicians over the years. These include Jimmy Dludlu, The Abdullah Ibrahim Big Band, Robbie Jansen, Max Vidima, Moreira Chonguica just to name a few. He has produced, played and co written on Nomfundo Xaluva’s multi award winning albums KUSILE and From Now On.

Mandisi has just released his debut album, titled SOMANDLA (https://www.youtube.com/watch?v=00aZmZeo6Lc). Released only at the end of October, this body of work has already garnered significant and positive attention on all spheres of media and radio. SOMANDLA is a work premised on the sacred act of prayer, peppered with issues of current societal interest and most noteworthy, the “old school” romantic sentiment delivered in the persuasive elegance of his mother tongue, isiXhosa. This performance is a befitting exhibition of Dyantyis’s versatility as a prolific songwriter/composer, trumpeter, and outstanding vocal artist (https://itunes.apple.com/za/album/somandla/1440476891).
He currently holds the position of Musical Director for theatre company Isango Ensemble (site.isangoensemble.org.za), previously known as Portobello. He has held this position since 2008 and has traveled around the globe as it’s musical director to places like  London (West End), Cape Town (Fugard Theater), Ireland, Singphore, Japan and USA. He was nominated for NAACP Award for Best musical Director (National Association for the Advancement of Coloured People, Los Angeles) as well as Artist in Residence at the New York University Drama School in 2010. Real Wired Music has exclusive management and booking agent for Mandisi Dyantyis. His debut album entitled Somandla was nominated for the SAMA award for best Jazz Album of 2019. On the success of this debut album, He has played the Summer Silo Concerts, [3000 people] J&B Met, sold out the Grahamstown Jazz Festival, and sold out very club and mini festivals bookings since. Mandisi was recently nominated for a the Mzantsi Jazz Awards and The Afrima [African Music Awards in the “Best Jazz Artist” category [event is 23rd November in Nigeria] 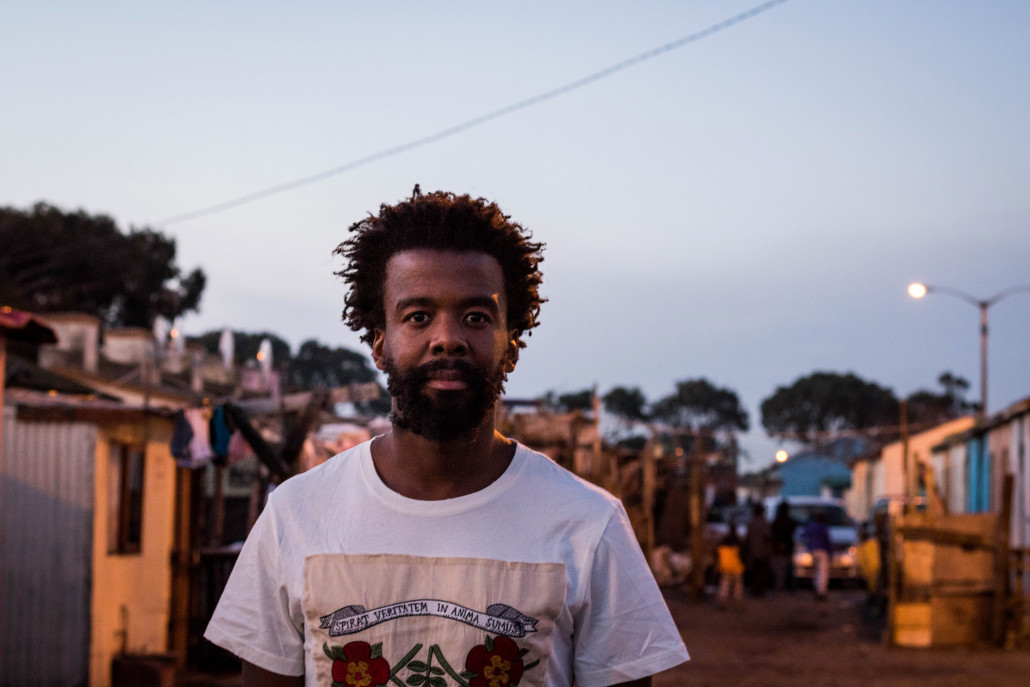 This is what Dan Bilawsky, from All About Jazz magazine, had to say: “Trumpeter and vocalist Mandisi Dyantyis, born in Port Elizabeth in the early ’80s and based in Cape Town today, has been a steady presence on the scene for well over a decade. Somandla, his debut, makes the case for a multi-faceted artistry with an impassioned outlook. Opening on the a cappella vocal layers of ‘Molweni’, a number blending folk purity and a near-operatic strength, Dyantyis presents a mature and self-assured sound. But it’s not just vocals that offer that face. The same confidence comes through on the slow and soulful ‘Olwethu’, where his trumpet shares the spotlight with Wells’ tenor. He’s a serious double- threat and a talent worth knowing. The prayerful ‘I Search’, which happens to be one of two tracks featuring Lilley on piano, finds Dyantyis using his horn to look for answers. Elsewhere he’s often the one giving them. The follow-up, ‘Because You Knew’, moves from moody introspection to stirring heights and back again. ‘Ingoma Yenkedama’, pairing Dyantis’ sincere vocals with pianist Bokani Dyer’s wistful chording, makes a deep impression on the heart. Finally, the slow-groove R&B of ‘Molo, Sisi!, grounded by Sean Sanby’s bass and pianist Blake Hellaby’s steady support, finds both of the leader’s voices giving their all. Whether you speak the language or not, everything Dyantyis says (and plays) sings straight and true.”

Acoustic rock artist Ard Matthews, needs very little introduction within the South African landscape. The double platinum selling and much-loved frontman is acknowledged for his multiple hit singles, What He Means, Shallow Waters, I like You Madly, Father & Farther, Too Late, and Impossible Machines to name a few; and for delivering a world-class performance every time.

Ard’s passionate and determined vocals illuminate the deep, uncompromising and virtuous message that lie within the dramatic song terrain. His preeminent voice will undoubtedly draw you in.

His newest album, Impossible Machines, is brimming with sophisticated and intriguing hooks while combining enthralling and unforgettable melodies. Live, the band assure the listeners a sonic passage to a landscape of hope, inspiration and fortitude. The songs are rhythmic, melodic anthems, plumbing the depths of life, love, opportunity and release.

ARD has shared the stage with many iconic local and international artists while performing support duties with international stars such as U2, Counting Crows, Def Leppard, INXS, Maroon 5, One Republic, The Strokes, and many more.

Since its release in mid 2018, Impossible Machines has achieved multiple radio hits and playlisting’s, along with SOLD OUT shows across South Africa. After touring as the support act for Rock n Roll Hall Of Famer’s – The Cure Live in South Africa, 2019 is shaping up to be an incredible year for Ard and the band. 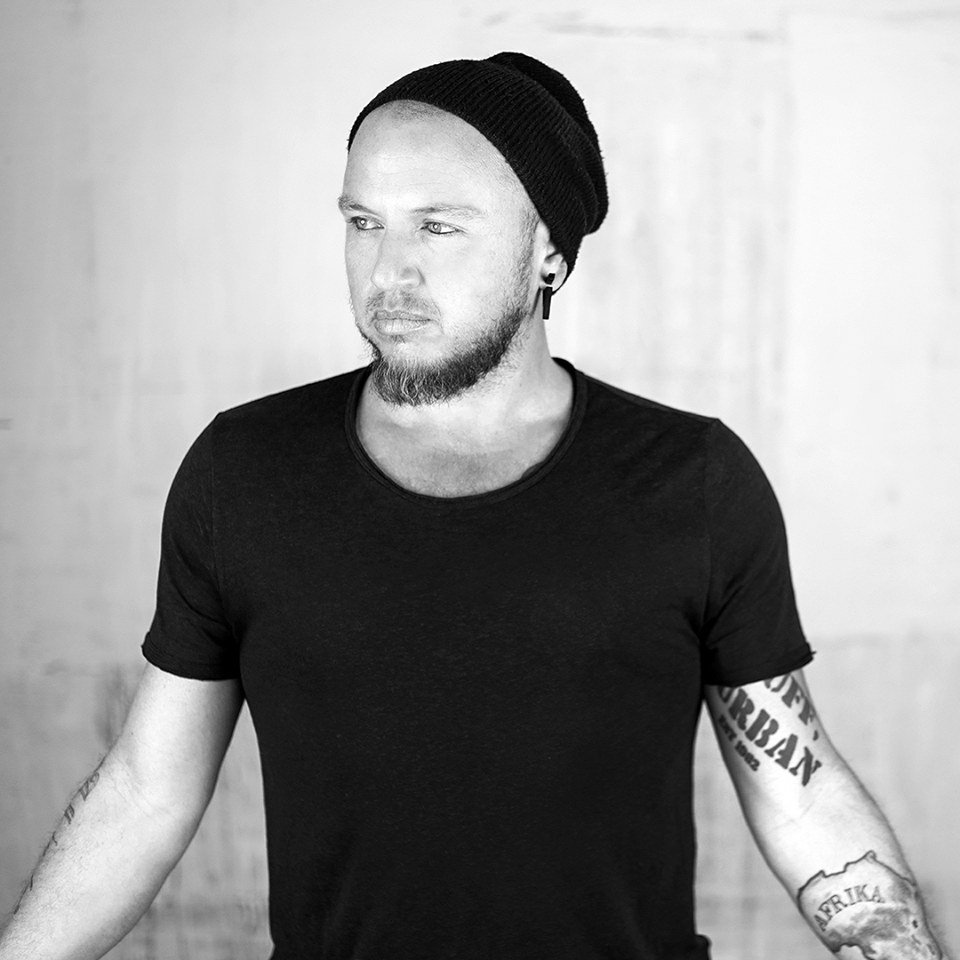 Born in Israel and raised in Cape Town, his mother was an opera singer, his father a strict classical music enthusiast, consequently pop music was not allowed in the home. This meant a 12 year old Yoav would listen to and practice the songs of John Lennon, Paul Simon and Pink Floyd in secret, writing songs shaped by their craft. Yoav was also a published poet by the time he turned 13.

Whilst in the startling void between finishing education and wondering about work (in the real world), a freak coincidence led to one of his demos finding its WAY into the hands of a record executive at Columbia Records in New York. Yoav flew over to perform for the staff and label president, who offered a development deal to record and perform in the city, including a residency at legendary indie club CBGB’s.  While in New York, Yoav also studied various vocal techniques , African drumming, tabla and attended countless concerts. All of which culminated into his distinctive style – using the guitar to make electronica influenced sounds, as well as, unusually, using the guitar as a percussion instrument. Then, channeling all of this into an array of effects and a loop station, layered beneath songs with themes spanning; love, beauty, societal unrest and spiritual awakening.

Super-producer Marius De Vries (Madonna, Bjork, Moulin Rouge) heard some of Yoav’s new music, invited him to London to record together, agreeing that only a single guitar should be used to create the entire palette of sound. Once these ‘shaping’ sessions had taken place, Yoav moved out to Oxford to record his debut album Charmed and Strange, recorded over a year and half at Radiohead’s Courtyard Studios with Ian Davenport (Band of Skulls). The record garnered Yoav a record deal with Island Records in the UK, and Verve Records in the US.

A few months before release, a copy found its way to Tori Amos who was looking for the right support artist for her upcoming US tour. This eventually led to Yoav receiving standing ovations over more than 50 shows opening for Tori  across North America, from Madison Square Garden in New York – all the way out west to the Nokia Centre in LA.

Charmed and Strange was subsequently released in 2008 and went over particularly well in Canada (after a critically acclaimed 5 day sold out run of shows at Montreal Jazzfest); as well as Russia, where the song ‘Club Thing’ was one of the biggest English language hits of the year, and in Denmark, where Yoav performed live on national radio, after which the album reached #1 on iTunes. Club Thing and Beautiful Lie were also successful in Germany and Switzerland. Other highlights from this period include a performance on  UK TV show ‘Later With Jools Holland’, after which, Yoav’s record climbed into the UK top 20 iTunes chart amid critical acclaim. The Guardian called Yoav’s live show “jaw – droppingly impressive”.

Beautiful Lie was selected as itunes single of the week in the UK and Club Thing was itunes single of the week in Canada. A remix EP of Charmed And Strange called Charmed and Rearranged featured two Yoav collaborations with Alessandro Cortini of NIne Inch Nails. Yoav was awarded best new artist at Russia’s Alternative Music Prize Award show, where he also performed, accompanied by an orchestra, in Moscow for an audience of 5000 people. Yoav’s song Adore Adore was also used in the TV shows One Tree Hill and as a central plot point in an episode of The Mentalist. Yoav went to California in 2009 to soak-up new Americana sounds, recording his second record, ‘A Foolproof Escape Plan’ with drummer/producer extraordinaire Joey Waronker (REM, Thom Yorke, Beck).

Yoav’s new record, A Fool Proof Escape Plan, was released in 2010, climbing to #3 on the Canadian iTunes chart and top 10 in various countries around Europe. A remix of the single ‘We All Are Dancing’ ,went to #1 for two weeks on 5fm National Radio in South Africa, and was also a top 20 hit in Belgium.

The album earned Yoav a SAMA (South African Music Award) for best alternative record. Yoav went on the road throughout Europe later that year on a tour,sponsored by Fiat who provided three Fiat 500s as touring vehicles, the experience was captured on film. In late 2010 Yoav recorded a duet of the Pixies’ ‘Where is My Mind’ with actress Emily Browning as the theme song for the hit movie ‘Sucker Punch’. The Original Soundtrack climbed to #1 on the US album charts. Around this time,Yoav moved to Paris after signing to top French record label,Naive. Yoav performed and wrote songs around Paris for the next few months.

At years end,Yoav was invited to perform in Riga, Latvia by Latvian supergroup Brainstorm. Yoav performed two nights with Brainstorm in front of 16000 people and as a result was booked for Latvia’s Positivus festival in 2011. After another wave of tours around North America and Europe, Yoav returned home to Cape Town and started work on his third full length, ‘Blood Vine’ , recorded on a vineyard not far from where he had grown up. Blood Vine was nominated for another SAMA award. Around this time, a cover of the Yoav song Beautiful Lie went to #1 in Brazil. Beautiful Lie was also a top 5 hit on national radio in South Africa.

In 2014 Yoav was a contributing composer on BBC’s Enchanted Kingdom,narrated by Idris Elba, also featuring other music by Coldplay, Alt-J among others. Also in 2014,Yoav recorded and released the single ‘Dopamine’. Remixes by Buda (from downtempo masters Lulu Rouge) and Funkerman were indie hits around Europe. In early 2016, Yoav traveled to Ibiza to do a 5 day writing and recording session with a DJ friend. He missed his flight back to London and stayed nearly two years, while creating his 4th record ‘Multiverse’. The record was fueled by sunny Balearic energy, as well as some of the new organic electronic sounds coming from the island at the time.

After a period of extended touring and promo for Multiverse, Yoav returned to Cape Town in 2018 to design a new live looping instrument with which to bring his textured and layered new music to the live stage. Then in early 2019, Yoav hit the road again, performing across Western/Northern/Eastern Europe and Scandinavia. Yoav has also toured/opened for/ performed with Imogen Heap,Underworld,Katie Melua,Lykke Li and Little Dragon amongst others and performed at Coachella,Glastonbury,V-Fest, Osheaga Montreal (twice) and Hurricane Festival Germany, where he was voted Newcomer of the Festival. 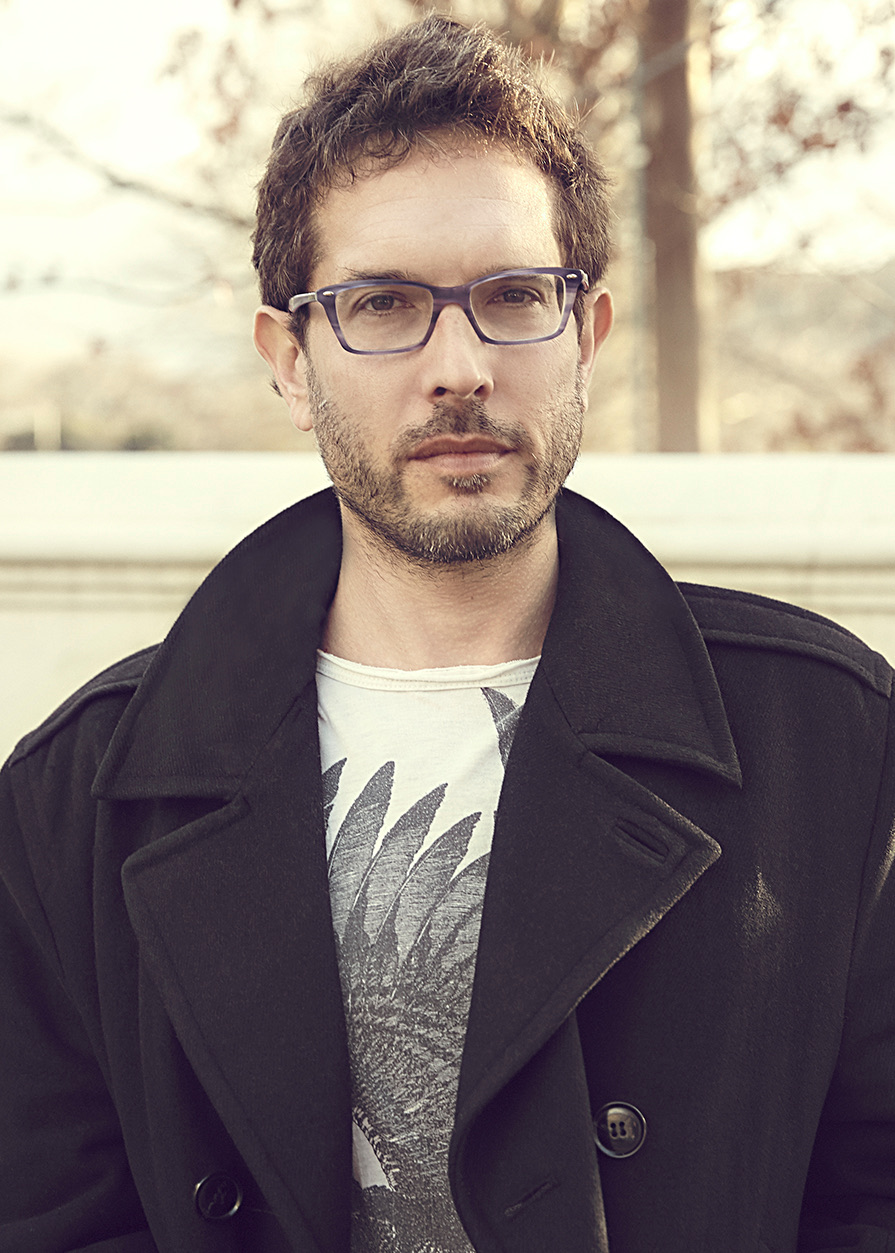