You are here: Home / ABOUT RealTone / BOBBY MINTER

Bobby Minter has been in show business for over 60 years, beginning her incredible singing career in 1948 by winning a local competition run by the African Consolidated Theatres. 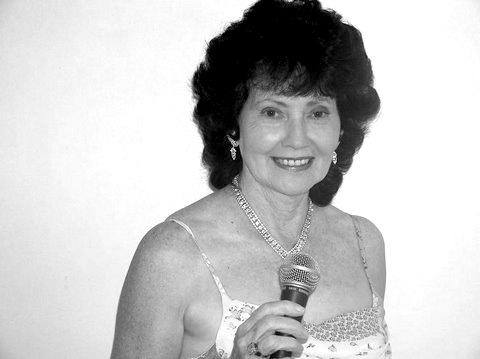 Based in Durban, she graced the stages of top festivals and clubs around South Africa, including Henry’s Keller, the Albany Jazz Club, The Cellar, Wagon Wheels Oyster Box (where she headlined every Saturday for over 10 years), Durban Country Club and The Green Dolphin, Cape Town. Bobby has sung with some of the world’s finest musicians, including Johnny Fourie, Groove Holmes, Dave and Darius Brubeck, Peanuts Hucko, George Hayden, John Drake, Colin Penn, Simon Kerdachi, Basil Moses and Andrew Ford.

In her long career, she has performed thousands of functions, playing for kings and queens, ministers and members of parliament. She still performs at numerous weddings and smaller functions, drawing from a repertoire of jazz, Latin, ballads, light classical and even a touch of rock ‘n roll.