You are here: Home / ABOUT RealTone / DAVE LEDBETTER

Multi-instrumentalist and well-known Cape Town guitarist, pianist and band leader, Dave Ledbetter is a musical wizard who has performed with the highest calibre of South African musicians, across genres. 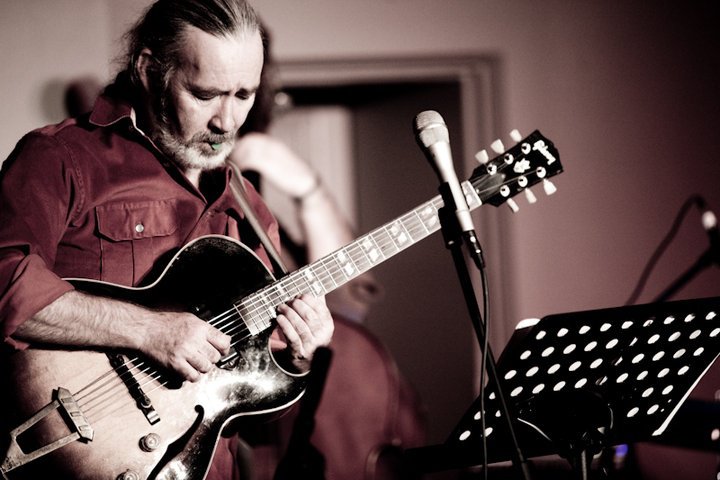 His original music is characterised by socially conscious lyrics combined with jazz and folk melodies. Dave has played various festivals, including the Robben Island Millennium Concert alongside Manu Dibango, Jimmy Dludlu, Sibongile Khumalo, Miriam Makeba and Robbie Jansen; as well as the Cape Town International Jazz Festival with his group, The Clearing.

The Clearing was formed in March 2010 and performed weekly to a full house at Speedway Café. Since moving to the Polana in Kalk Bay, they have enthralled audiences with a unique blend of jazz, African, country, funk, groove and World music, and was without a doubt the most talked-about local jazz act of 2010. Most of the band’s repertoire is inspired by Dave’s travels and his home on the slopes of Chapman’s Peak. Known for his versatility and creative unpredictability, Dave plays and composes in many genres with consummate ease.