You are here: Home / ABOUT RealTone / GUY BUTTERY

Durban-born guitarist, sitarist and composer, Guy Buttery was introduced to music at an early age by his pianist mother and guitarist brothers. Guy spent his formative years listening to rock legends like The Doors, Led Zeppelin and Bob Dylan, gaining a rich understanding of rock and folk harmonies. 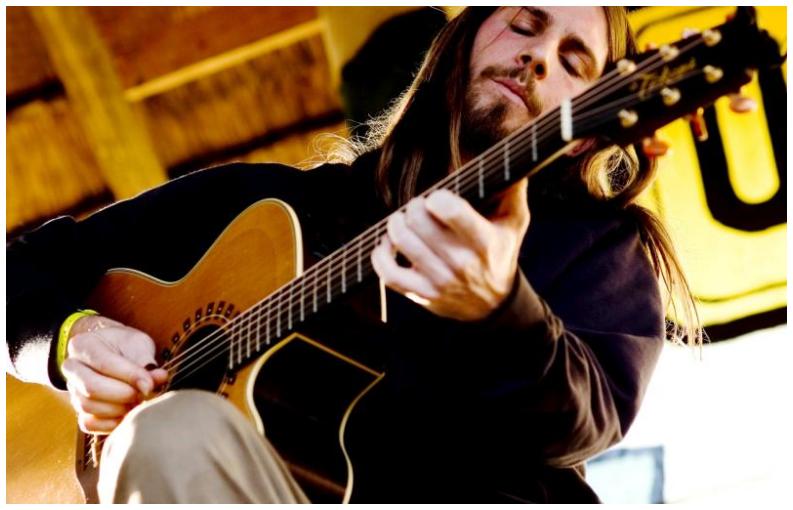 A classically-trained and jazz-influenced musician, Guy’s influences include Oregon, Ralph Towner, Steve Reich, Egberto Gismonti and John Coltrane, Vusi Mahlasela, Steve Newman and Madala Kunene, to name but a few. His debut album, ‘When I Grow Up’, was released to critical acclaim and comprised highly original, self-written acoustic fingerstyle compositions. Guy was the youngest SAMA nominee in the history of the awards and has garnered respect from critics and musicians alike. After creating such a unique hybrid fingerstyle technique, using both hands on the fret board to create polyphonic, percussive and harmonic textures, Guy soon had himself a deeply loyal cult following.