You are here: Home / ABOUT RealTone / NIBS VAN DER SPUY 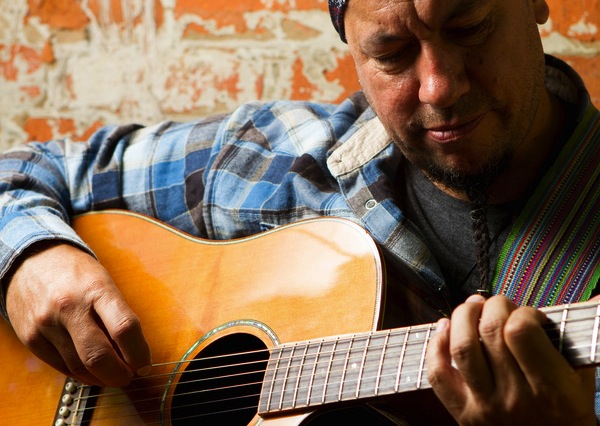 His diversity as a songwriter, singer and finger stylist reached a broader audience with the release of his solo albums, ‘Lines on My Face’ and ‘Flower in the Rain’. Both these acoustic gems were nominated in the best instrumental category at the South African Music Awards. Nibs’ versatility and ability to cross-pollinate various musical styles, from African, classical and Celtic to World, Maskanda, Indian and folk, can be fully appreciated on his first international release, ‘Beautiful Feet’. It has received rave reviews from the London Guardian to the Sydney Herald, and in May 2007 was album of the month in four major German publications.

This has been accompanied by intensive touring across the globe, with a highlight being the prestigious East Coast Blues and Roots festival in Byron Bay, Australia. Here Nibs shared the stage with such luminaries as Ben Harper, Taj Mahal, Bonnie Raitt, Bela Fleck and Piers Faccini. His latest offering, ‘A House Across the River’, was released in April 2010 to five-star reviews and international acclaim.