You are here: Home / ABOUT RealTone / SPEED

Speed is a band of jazz, rock and funk musicians who came together to make good music, Playing covers of popular songs and classics as well as select originals – their sound is original, tight, energetic, soulful and fun. They have so much fun on stage its infectious! 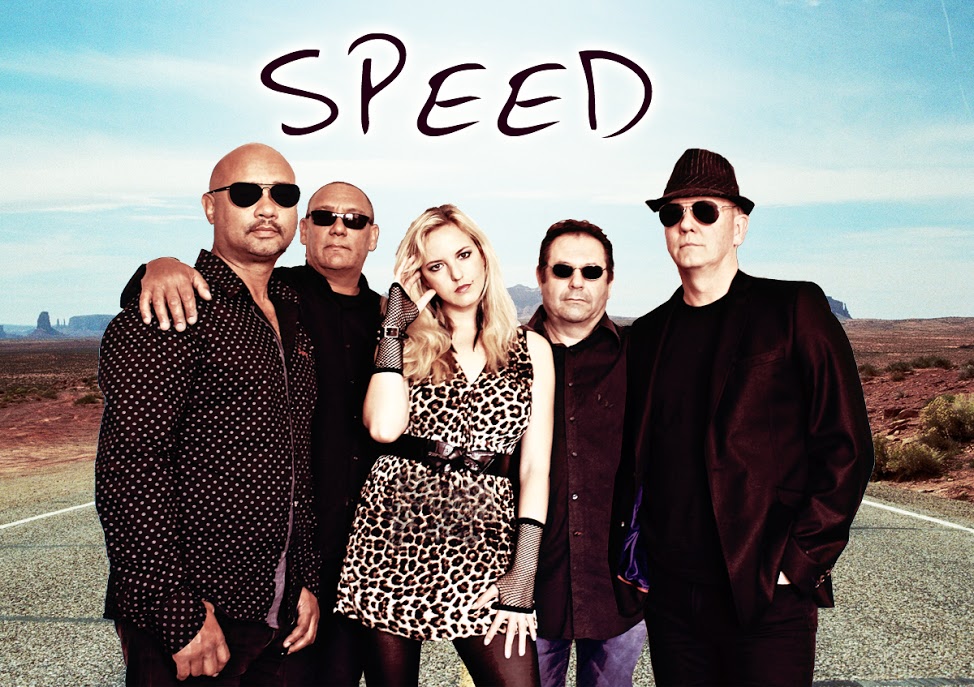 Mark Goliath – Keyboards – Mark is a monster musician in his own right . Mark having recently produced Judith Sephuma’s One World Album is available as a session musician and musical director , Mark has played in shows from Qatar to Shanghai – A seasoned musician and accomplished Pianist & Keyboard player Mark also finds time to be a Musical Director and Producer. Mark uses Roland Synths and Piano’s as his go to Keyboard .

Bjorn Petersen – Drums and Percussion – Having cut his teeth in funk and pop bands over many years Bjorn has worked with the best in Jazz, Funk and Pop. What makes him stand out is his amazing interpretations of the most difficult beats and one phrase – ‘he plays with commitment and intent ‘ ! Bjorn is a master drummer and percussionist. When not performing with Speed you can find him backing Shakatak’s bassist George Anderson or playing at the Cape Town International Jazz Festival . Bjorn plays Tama and Yamaha Drums with Ziljian Cymbals and an Octopad.

Greg Higgins of the Famous Higgins Musical Family is a perfect match for Bjorn in the Rythym Section having been the bass player for Richard Ceasor, Brother to Brother, Panama and Late Final . He is equally comfortable in Funk, Pop, Blues, R& B , Jazz or Rock and locks in well with Bjorn to make a formidable Rythm Section . Greg has a great affection for the perfect note selection, committed slapping riffs (when appropriate) and a deep sense of tonality , colour and resonance in his playing making this seasoned professional the rolls royce of bass players. . Greg plays Fender Custom Shop Jazz basses and uses Fender Custom Amps as his standard rig.

Paddy O’Shea is a guitarist who at age 8 started his own band Hard Ride .They went on to win the best instrumentalists at the battle of the bands at just 15 . He was the co-founder of the very successful group Sudan famous for their performances at Berties landing on a Sunday in the Waterfront . Paddy then played with many different bands and worked with the best musicians in the business – His style is inspired , soulful and fearless. He is both creatively and technically expressive in his playing . Paddy pays Musicman Custom Shops Limited Edition Steve Lukater Guitars and uses Boss Amps / Vox Amps and TulG12 and AKG mics.

Melissa Smit started her career out in the Barnyard Theatre. Melissa soon became a hit on the local pop scene and worked with many bands in both South Africa and Abroad. Her vocals are both soulful , rich in glotal compliance with great , shape and range and variation with both poweful and moving undertones. Melissa is equally compelling in a ballad or a solid rock tune. Melissa performs pop , rock , R&B , funk , house & ballads. She has a great stage presence and keeps the Audience engaged whilst having fun in the band. Melissa uses Shure , Senheisser and AKG mics.

In closing Speed have had 100’s of performances to acclaimed audiences . They have played at many parties, weddings, themed parties, clubs, events , private parties, shows and concerts .This band enjoys their music and performing immensely and it is evident in their stage performance and the energy they give off to the crowd.